Important for an appointment

You can use this shop and put the Private Session into the cart – I am going to contact you for the arrangement of an appointment. Consider the time difference between your location and Germany!

There are no reviews yet.

Be the first to review “Private Sessions” Cancel reply

A conversation based on the spiritual teachings from Omnec Onec

The spiritual teachings from Omnec Onec are loving, wise, and consciousness expanding information that can shed light on ones life path.

Possible subjects for a Private Session

Important for an appointment

You can use this shop and put the Private Session into the cart. I am going to contact you for the arrangement of an appointment.

In the beginning of the Ninetees, Omnec Onec’s autobiographie “From Venus I Came” (today part I of The Venusian Trilogy”) was published. At that time, Omnec was very present in the German media. She gave lots of TV interviews and numerous articles about her were published in magazines.

Omnec Onec decided not to use computers (no internet, no emails) or smartphones. She is personally not reachable or available for answering questions or private sessions.

The connection between Anja and Omnec has always been loving, only on the outer levels they are usually not active together anymore. Anja created the Omnec Onec homepage and the shop, the facebook page and takes care for email communication with interested people.

*Who is Anja Schaefer? 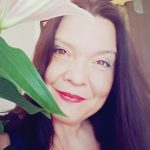 Since the Ninetees, Anja Schaefer has been supporting Omnec Onec in sharing her spiritual message. She organized Omnec’s public activities, translated in the German speaking countries, traveled with her and acts like a “bridge to the people”. Omnec personally never used a computer or a smartphone. Her mission has always been to simply be herself and to share her unconditional love and knowledge without spending too much of her time with organizational and technical things. Her Venusian personality makes her more LIVING IN THE NOW and SIMPLY BE than most people who are used to living in the Earth systems and who are deeply connected and identified with the ruling structures. In order to fulfill her mission, Omnec has always needed the support and companionship of friends.

Because of their connections for more than 25 years, Anja is very familiar with the life and the teachings of Omnec Onec. Anja edited Omnec’s books and accompanied many Private Sessions, lectures, and workshops in various countries.

For health and private reasons, Omnec is not available personally.

We use cookies to ensure that we give you the best experience on our website. If you continue to use this site we will assume that you are happy with it. Diese Website benutzt Cookies, um bestmögliche Funktionalität bieten zu können. OkNo - NeinMehr Infos